Brexit And The Impact On Business: A Roundtable With Neena Gill CBE MEP 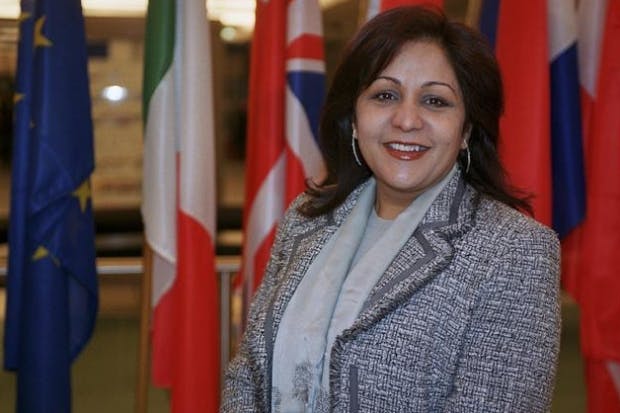 This event is an opportunity for the West Midlands business community to discuss with their local Labour MEP the impact of Brexit on businesses in our region. The event will take place shortly after the likely culmination of Brexit negotiations and the agreement of a final deal with EU leaders on the terms of the UK’s exit from the EU.

Ms Neena Gill CBE MEP is a Labour Member of the European Parliament for the West Midlands, UK. On the 1st of January 2017 Ms Gill was made a Commander of the British Empire (CBE) by Her Majesty the Queen for parliamentary and political service. Later on the 9th of January 2017, she was awarded a Pravasi Bharatiya Samman - the highest award given to non-Indians - for her contribution in the field of public service. July this year Neena was awarded honorary fellowship for her outstanding contribution to Public Service by Liverpool John Moores University. Currently in her third term, having previously served 1999-2009. She was the first Asian origin female parliamentarian to be elected in the UK and Europe.

Her work in the European Parliament covers Economic and Monetary affairs, fighting for tax justice and addressing many Foreign Affairs concerns in particular human rights and democracy issues. Ms Gill is also First Vice-President of the India Delegation and was the Chair of the South Asian delegation and the India delegation.

Bill Esterson. Before being elected to Parliament in 2010, Bill ran a training consultancy that worked with businesses of all sizes. In 2015, Bill joined the Shadow Frontbench where he currently holds two briefs - Business and International Trade.

For the Shadow Business team, he is Labour's spokesperson on SMEs, where he has highlighted the difficulties faced by small businesses such as late payments, including from Carillion, and the mistreatment of small firms by RBS during the 2008 financial crisis

For international trade, he has particularly discussed trade remedies and has spoken about the importance of ensuring British industries are able to trade without unfair competition from sub-standard foreign imports such as the widespread dumping of Chinese steel. He played a leading role in holding the Government to account on the Trade Bill.