This event is free to attend but registration is needed. 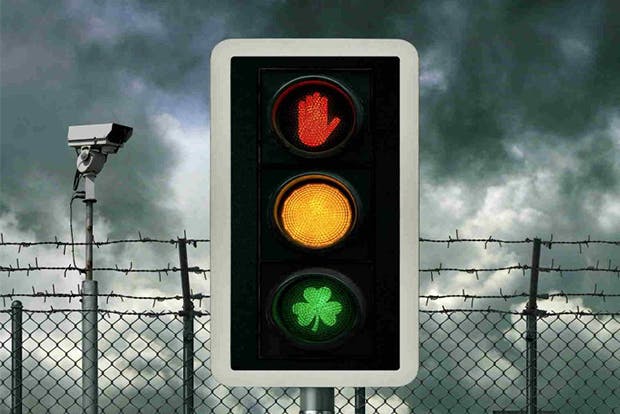 Solving the issue of the border between Northern Ireland and the Republic of Ireland has proved intractable in the Brexit process. The issue of the Irish border and backstop could potentially derail an agreed Brexit creating significant economic damage to both parts of the island as well as undermining the peace achieved by the 1998 Good Friday Agreement.

Join us on Thursday 24 October, 5 - 7pm, for an insightful and interesting discussion with our panel members to discuss the new book, giving you the chance to learn more about the ongoing Border issue, and what this means for you and your industry. A number of book contributors will be at the event, sharing their views and ideas.

Edited by ex-BBC journalist John Mair and Dr Steven McCabe from the Centre for Brexit Studies at Birmingham City University, as well as Leslie Budd from the Open University and Neil Fowler, the book includes a foreword from long-standing Northern Ireland commentator Malachi O’Doherty and an afterword by Daily Mail journalist Peter Oborne.

The book examines the range of questions about Brexit and Northern Ireland from a wide variety of perspectives and is a major contribution to the debate about the issues.

Hosted by Roisin McAuley - Broadcaster on BBC Radio Ulster and Novelist. Roisin was an investigative reporter for BBC programmes Spotlight, Newsnight, Panorama and File on 4, and a documentary film maker for Channel 4 and ITV before writing best-selling novels. She still works as a broadcaster, presenting Sunday Sequence on BBC Radio Ulster.

Katy Hayward - Reader in Sociology at Queen’s University Belfast and a Senior Fellow at the UK in a Changing Europe initiative, working on the topic of Brexit and Northern Ireland/the Irish border.

Neil Johnston - Chairman of the Conservative Party in Northern Ireland and director of Communications Consultancy DynamicNI.

Brian Feeney - Historian, Author and Journalist. He was previiously Head of History at St Mary’s University College, Belfast, a college of Queens University. He represented North Belfast on Belfast city council for 13 years, and a regular political columnist for the Irish News.

This event is free to attend but registration is needed. Refreshments will be provided.

To share your thoughts on social media, use the hashtag: #CBSBorder