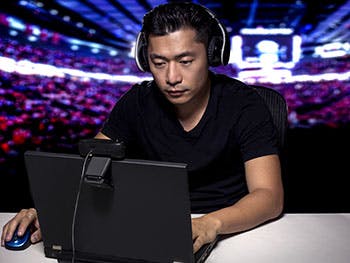 Birmingham City University has announced the launch of an undergraduate degree in Esports Management, following huge trend and financial growth developments in the industry.

Esports is a form of competitive video gaming, most often accompanied with fans watching online via streaming services.

The new course at Birmingham City University will draw expertise from practising esports leaders, as students explore culture and consumer behaviour, how to build brands and how to manage esports venues.

According to Newzoo, the global leader in games analytics, esports revenues could reach $1.8 billion by 2022, with the sector becoming one of the world’s most exciting entertainment trends.

Esports events and tournaments across the globe have attracted millions of fans, as players compete in large arenas for cash prizes.

“With the growth in esports there is an increasing number of job opportunities for graduates with the knowledge and expertise to excel,” said Dr Richard Oddy, senior lecturer at Birmingham City University’s Business School and co-course director of Esports Management.

The course is designed to equip students with the key skills required to enter the esports industry at a management level. Students will have fantastic opportunities to go out into the field and experience the business and management elements of the esports ecosystem.

Some of the most popular esports games include Fortnite, Overwatch and League of Legends, with the latter recently attracting more than 35 million viewers to a tournament final.

Co-course director, Dr Russell Cowley, added: “We have invested a lot of time in this course, working with industry and making sure students gain in-depth knowledge of the esports ecosystem.

“It will be an exciting journey for students on this course, as they will get first-hand experience from executive level professionals."