Professor Julian Beer reflects on key themes from the Greater Birmingham Chamber of Commerce Global Trade Conference around Britain’s place in the global economy and for global Britain.

In my role as president of the Trans-Atlantic Chamber in the Midlands, it was my pleasure to welcome online delegates to this year’s Greater Birmingham Chamber of Commerce Global Trade Conference.

In previous years, we’ve held the event in the magnificent surroundings of the award-winning Royal Birmingham Conservatoire, which is part of Birmingham City University where I am a Deputy Vice-Chancellor. Global circumstances forced a change of plan for this year’s event but I look forward to welcoming the conference back to the east side of Birmingham in the future.

We have previously hosted two Trans-Atlantic conferences in Birmingham and, even before the COVID-19 pandemic, were planning a wider Global Conference this year. This decision was made mainly as a result of the need to focus on Britain’s place in a global economy post-Brexit and, specifically, to look at the significant opportunities that the Commonwealth Games in Birmingham in 2022 could offer to forge and renew wider trade relationships.

Little did we know when we starting planning what we know now about how the world would change both in the short term and undoubtedly beyond 2020 as a result of COVID-19.

What I was hoping to hear at the conference – and very much did – was discussion around what we need to do, and to think about, for the UK and our trading partners to help define Britain’s place in the Global economy and for Global Britain - post Brexit and COVID-19.

I very much believe we need a new dialogue which balances economic, societal and environmental factors, where we think about, and implement, new ways of doing things and avoid replicating the models of yesterday. Where we set ourselves free to image and re-imagine what a global Britain looks like. One where we build on our past but, also learn from it and do not repeat our previous mistakes.

Birmingham was once known as the “Workshop of the World” and the Midlands region of the UK more widely has a fantastic history of manufacturing.  We currently have a local industrial strategy for the West Midlands which we are in the process of reviewing.

The question I would like to raise as part of these discussions whether now should be the time to develop a much more focused manufacturing strategy? One that supports the wider industrial strategy and re-imagines a maker and creator economy which breaks down silos and takes advantage of new opportunities.

This is a working thought and one that I hope will spark a debate as we look to shape the future of Birmingham and the West Midlands as part of a new global Britain. 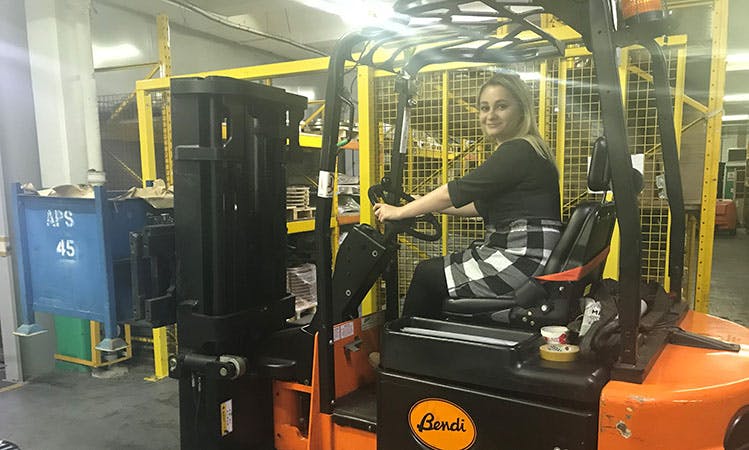 What does the future hold for event management?

How Birmingham City University is tackling the lockdown emloyability a...