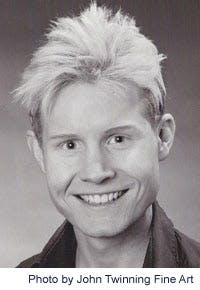 Alumni of the Year 2010: Excellence in Sport or the Arts

Rhydian's success is well documented. In 2007, Rhydian was propelled into the limelight when he competed on the X Factor, narrowly missing out on first place.

Since then, he has gone on to enjoy phenomenal success with a list of achievements that include singing for the Queen, being the biggest selling debut male artist of 2008 and performing with the likes of Michael Bublé.

His career has been a roller coaster ride which shows no signs of slowing down.

"It has been incredible. I know it's an awful cliché but I am living a dream. It's amazing, a dream come true."

Despite living the high life and rubbing shoulders with royalty, Rhydian fondly remembers his days at university.

"I owe most of what I have to my training at the Conservatoire. I have never really turned in a poor performance and that's because of my training.

"They brought the best out of me. I had the best four years of my life there and I want to make them even prouder of me."

He continues to pursue even greater success with a passion that is truly inspiring.

"I never rest on my laurels. I'm releasing an album next year, I have a solo tour lined up and I have my own chat show in Wales. I have had a great start but I have lots still to do. I want to release songs in Europe and America. I would like to perform on Broadway or in the West End - who knows? One day I would like to have a great original song that I can make my own. I'm very determined and I am more keen than ever to achieve. Every morning you get up and think, what next?"

Rhydian has achieved fame, fortune and a large and loyal fan base, but his love of music and performance is what gives him the most satisfaction.

"Success isn't everything. Happiness is the main thing, being happy in what I'm doing. I feel comfortable when I'm on stage singing. When I've done a good show and come off stage, I'm the person I want to be. It's in my DNA to want to perform. The most rewarding thing is when you've got a great song, or connecting with an audience - that's what music is all about, the standing ovation at the end. The audience will tell you whether you've done your job."

For Rhydian, receiving an award for Alumni of the Year is the icing on a very large slice of cake.

"The night before I was told I had this award I dreamed about it, that I was back sitting in the Adrian Boult Hall. It's another dream come true. It means so much to me. It's a huge honour. I have been extremely blessed. I'm fortunate to do this at a high level and be happy as well, and long may it continue. If I were to finish now I would be very happy with what I've achieved."