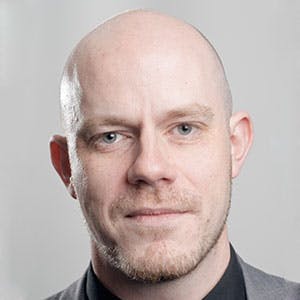 Matthew Christie has built a successful career on the back of his lifelong passion for, and interest in, boxing.

After graduating Matthew was offered a job with KOTV as a runner, becoming a producer within two years. In 2009, his dream job as a reporter for Boxing News came up and he beat 400 other candidates to secure the role. In 2011, he was promoted to senior writer and by the end of the year he was web editor on the new Boxing News website.

In 2012, he won the Newsquest Outstanding Content Contribution of the Year Award from the magazine's parent company and made the shortlist for the Sports Journalism Society Internet Sportswriter of the Year Award.

He now presents the weekly internet show BNTV, and hosts the weekly Boxing News podcast The Opening Bell, which has over 10,000 listeners, while still writing for the magazine and website every day.