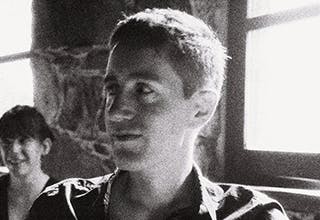 Martin John Callanan is a conceptual artist whose work focuses on 'the individual's place within systems'. His work has been exhibited and published internationally and he has been awarded the prestigious Philip Leverhulme Prize in Visual Art, an award for young academic researchers.

His work has been shown at Battersea Arts Centre, the Whitstable Biennale, the Imperial War Museum North, the International Film Festival Rotterdam and the Media Art Futures Festival in Murcia, Spain. He has undertaken residences in the UK, Spain, Germany and Latvia, and delivered talks in several UK universities and art galleries, including Tate Britain. He has lectured at Slade School of Fine Art, part of University College London, since 2008.

Well-known works include 'The Fundamental Units', which used microscopes to magnify the world's lowest denomination coins to a massive scale, and 'Wars During My Lifetime', which lists on newsprint all the wars that have taken place across the world since his birth.

Martin has also produced artwork out of his social media statuses, which since 2007 have only ever read "Martin John Callanan is okay", while 'The Location of I' published his precise physical location every second for two years, from 2007.

"In 2000, when I started my first degree at the age of 18, I wanted to study somewhere that I could reach easily from my home in Solihull. The University’s former campus at Gosta Green matched that, as well as being within walking distance of everything central Birmingham had to offer, including the galleries, museum and libraries – both Birmingham Central Library and the University’s own library at Margaret Street.

Visual Communication covered a diverse range of subjects from graphic design and illustration to film and photography, so the breadth of teaching staff and their individual knowledge, experience and skills reflected this. Staff had flexible and open hours for reaching out to them, they were all extremely supportive, and I'm still in contact with a number of them today, 12 years after graduation.

"After graduating from the course, I moved directly to London to spend two years studying MFA Fine Art Media at the Slade School of Fine Art, UCL. I then stayed at the Slade as a Research Assistant to Professor Susan Collins, and eventually joined the faculty in 2007 as a Teaching Fellow in Fine Art Media and Digital Print.

"My inspiration can come from anywhere and everywhere, especially fields of research outside of art. I enjoy learning about new things in the world. I've recently become the first artist in residence at the Bank of England, where I'll be looking at how the future is predicted and the complex, and often hidden, work they do to support the economy.

"My time at Birmingham City University has equipped me with a range of practical skills related to producing anything visual, which is incredibly important for making artwork across any medium as I do. I am incredibly honoured to receive the Alumni of the Year award."