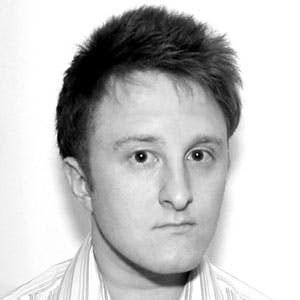 For some buyers of luxury products, money is no object and award-winning graduate Jack Row is catering to this exclusive clientele with his collections of luxurious precious metal fountain pens and cufflinks, sold at upmarket department stores such as Harrods.

Among his designs is an exclusively hand-crafted white gold and diamond detailed fountain pen, which is on sale for £27,500 at the luxury London retailer. The pieces in his 'Architect' collection are individually crafted in solid silver and gold, set with accents of precious sapphires and diamonds, and can take up to eight weeks to create.

He first became interested in jewellery after beginning to working for a local goldsmith in his home city of Nottingham aged 15, and further research revealed the School of Jewellery at Birmingham City University as the best place for him to achieve his ambitions. He initially studied the HND in Jewellery and Silversmithing, then topped up to a degree with the one-year Jewellery and Silversmithing: Design for Industry course.

"A goldsmith I did Judo with offered me some seasonal part-time work in his workshop. As soon as I sat at the bench and began learning to making jewellery, I was hooked! I loved creating small works of art with just my hands and a few tools, some of which have changed little for hundreds of years.

"After an induction period, I began a part-time apprenticeship with the Nottingham studio, and also discovered that the goldsmith I was studying under had himself originally trained at Birmingham School of Jewellery. After completing my apprenticeship at 19, I was aiming to further broaden my skills and decided to look into doing a 3D design course. I viewed several institutions but felt Birmingham had by far the best resources and the teaching staff, many of whom were or used to be practising goldsmiths, silversmiths and studio artists, meaning I could learn from tutors who had real world experience.

"I chose the School because I found it very forward-thinking but still connected to the craftsmanship and heritage of the trade, having the latest hi-tech equipment but also traditional tools and machinery. I also loved the listed building in which it is housed, having an enthusiasm for architecture. Additionally, being based in the hustle and bustle of the trade in Birmingham, I found the entire environment of the School very conducive to developing design ability and skills.

"In the early stages of the HND, there was a great emphasis placed upon craftsmanship and doing things accurately. Importance was given to getting the fundamentals right and then developing additional skills from there. We were trained to be inventive designers, yet also learned about the commercial side of things – how to sell our art and craft – which was equally important for me.

"As part of the course, we also got to take part in a number of live projects with diverse companies based in the Jewellery Quarter. They would be involved in setting a design brief and judging our work; for example, we participated in an assignment with a leading British jewellery manufacturer, who among other things, produce high quality components. They asked us to develop imaginative ways their components could be crafted in items of bespoke jewellery, encouraging us to think outside the box with our approach to design. Being able to visit these companies, interact and see how they operated were key experiences for our professional development."

It was whilst on the Design for Industry course that Jack had the inspiration to create a luxury pen prototype with matching cufflinks, after noticing the increasing popularity of such high-end products among well-heeled overseas buyers, spotting a potential gap in the market that was not being filled by a British designer.

"I started researching and designing pens as part of the major project of my degree course, as I was aware there was an increasing interest in luxury products, with buyers from developing and prosperous economies, notably the Middle East, Russia and South America, investing considerable amounts in luxury products, pens in particular, and there wasn’t seemingly a British company doing this, at least not with contemporary, design-led products. I thought perhaps there was a potential gap in the market and that, with my developing skills as a designer, I would give it a go.

"As part of my research I contacted the stationery buyer from Harrods, thinking it would just be good to get their feedback on my ideas, which might give me something very relevant to add to my dissertation. However, after seeing a prototype, he thought my idea was very 'Harrods' and asked if I would be interested in developing it into a range. This was a huge opportunity, relatively early in my career."

After graduation, Jack spent a year-and-a-half working for a local bespoke jewellery manufacturer, and during evenings and weekends he continued to develop his single prototype pen into a complete collection of pens and cufflinks, with the associated branding and website, ready for launch in November 2011. Harrods is currently the only place in the UK that presents Jack's work in store, and often has exclusivity on certain designs for their first year, with other items sold through international dealers and directly through Jack, all being made to order. Each year, Jack develops new prototypes, and from those, Harrods select which items they wish to present to their clients.

"The response has been unbelievable – The brand is relatively small and unknown when compared to some of my overseas rivals, who may have been around for 100 years or more, but Harrods are catering to clientele who want something luxuriously and eccentrically British that they can't find elsewhere. My pieces stand out against mass-produced and heavily branded products, and are as a result very collectable. My branding and identity is focused hugely on British craftsmanship and design, and my work is selling to, amongst others, clients such as Middle Eastern royalty, and corporate buyers, who often purchase the higher-end pieces as gifts.

"In the future, I hope to continue growing the business into an international brand, promoting British craftsmanship around the world and developing additional contacts in the Middle East and developing economies, such as India and South America, as undoubtedly exporting is my main market. However, I've recently launched a collection of more affordable, handcrafted pens and cufflinks, making my work available to a wider range of clients. In addition to producing luxury pens, I also offer a bespoke jewellery service, such as creating unique wedding and engagement rings, and would like to further expand that aspect of my design work."

Like the School of Jewellery, Jack's business is based in the heart of Birmingham's Jewellery Quarter, giving him access to the resources, expertise and creative inspiration of the historic district, where many of the School's graduates can be found.

"At the moment, I design and make my work myself, but for certain specialist services such as vacuum casting and rapid prototyping, I rely on my fellow professionals in the Jewellery Quarter, many of whom also studied at the School of Jewellery. The design process and the techniques I employ are heavily influenced by what I learned during my time at the School, which prepared and equipped me to peruse my current direction and personal development. The idea for the business was also roughed out while I was at university – it was a great springboard.

"I was completely surprised when I heard I had been chosen as one of the Alumni of the Year – I've won several awards for craftsmanship and design but having only graduated four years ago, I didn't think I was old or senior enough for such an accolade, especially considering how many thousands of top graduates the university produces each year. I was very honoured that the college chose to recognise my work and passion for British design and craftsmanship – I am a very proud graduate of the School of Jewellery, and to me this award also recognises the achievements of the School as a whole and the dedication its staff put into the education of each student, consistently producing graduates who are shaping our industry."