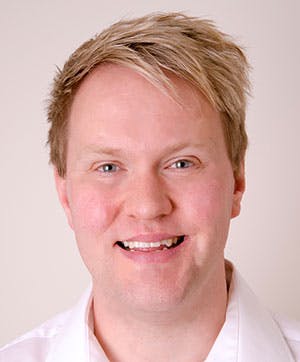 Andy has turned his interest in developing ‘Apps’ for mobile phones and tablet computers into a successful full-time career. He came to Birmingham City University to train as a music teacher, and went on to spend six years in the role, while at the same time developing his enthusiasm around the emerging technology of Apps.

The success of his business, iCandi Apps, has largely been the result of his incredible invention ‘The Night Sky’, which enables users to identify stars, planets and even satellites just by pointing their device at the sky. It proved to be an immediate hit, selling over four million copies to date, and becoming the top-selling paid reference app of 2012 worldwide.

Andy continues to take an interest in his teaching roots and educational background, recently giving a talk to students at Bournville College in Birmingham about his experiences founding his business and tips on how to succeed within the technological field.

He said: “Due to my teaching career, I was already an Apple Mac enthusiast as they were used heavily in Music Technology. In 2008 one of my biggest idols, Steve Jobs, announced the iPhone App Store, something I had been anticipating for over a year before launch.  I was instantly inspired from his App Store and development kit presentation, and immediately downloaded the free development software from the Apple website.  I then played with it, learned a lot in my spare time, and it was a hobby that I thoroughly enjoyed.

“If the University had not been so well equipped with the latest technology at the time of me taking the course, I may not have been inspired to get my own Mac. Teaching gave me a lot of confidence as a person – I draw on this confidence every day, whether in presentations or simple telephone calls to large companies.”