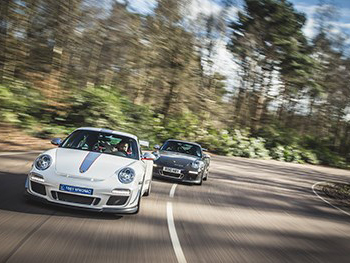 Two Birmingham brothers are keeping it in the family as they share the honour of being named Alumni of the Year at Birmingham City University.

Twins Alisdair and Jonathan Cusick will receive their award on Monday July 25 2015 in Symphony Hall, Birmingham, in the presence of hundreds of graduands and their families.

After securing a degree in Visual Communication (Photography) in 1999, Alisdair Cusick has built a reputation as a freelance photographer, specialising in the automotive sector, providing car manufacturers, advertisers and publications with the high-quality images they need.

Alisdair said that he was encouraged to practise and develop his own style of photography while studying at Birmingham City University:

“At the end of the course, we had our Major Project and, up until that point, I’d done a lot of studio work but not many photos of people, so I forced myself to do something different for the project and photographed people who owned Land Rovers – which included the obvious farmers out in fields, but also a designer and a historian.

After I finished my degree, I got a call from a Land Rover magazine, who asked if I’d do a job for them, and more work came off the back of that. I wrote to a Mini magazine offering my services and was taken up on that, and that led to me being contacted by a truck publication, and I still photograph a lot of trucks today.

“I wrote to a Porsche 911 magazine Total911, and I’ve shot so many features for them, I probably have the largest library of Porsche 911 images in the UK now. I’ve only ever spent £30 on advertising – sending out the initial letters – since then, it’s all been word of mouth with people approaching me.

Alisdair graduated at the same time as his brother, Jonathan, who secured a first class degree in Visual Communication (Illustration). 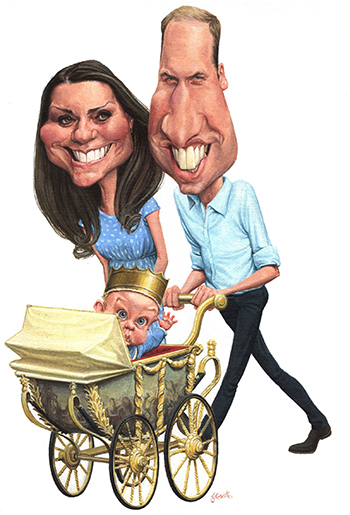 Today, Jonathan Cusick is a well-respected illustrator and caricaturist, having had his work published by the likes of ‘The Times’, ‘The Independent on Sunday’, ‘The Spectator’ and ‘The New Statesman’. He’s also created illustrations for several Christmas editions of the ‘Radio Times’ since graduating, and has been commissioned by companies and organisations including Unilever, Cadbury, Netflix and English Heritage.

A number of celebrities have purchased Jonathan’s caricatures of themselves including the late DJ John Peel, composer Andrew Lloyd Webber, chefs Raymond Blanc and Heston Blumenthal, and Queen guitarist Brian May.

On finding out that he had been selected for the award, Jonathan said:

Learning that I was an Alumni of the Year was a nice surprise, as it’s always good to be remembered. I've been asked back half a dozen times by the illustration department, giving lectures about my work, professional practice, character design, and for portfolio reviews. I really enjoy speaking to students and seeing their work.

Alisdair has also remained involved with the University since graduating, supporting current students with their portfolio preparation and reviews.