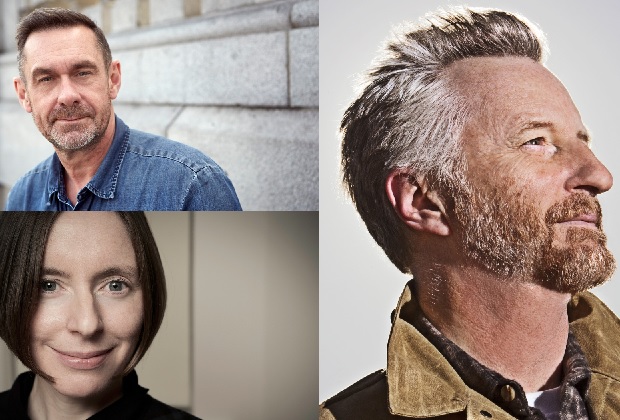 To close the 2019 festival, we are delighted to present this very special event with a panel of lively, inspiring and thought-provoking writers, activists and speakers.

Join songwriter, musician and activist Billy Bragg, writer and Professor of Modern History at Oxford University Selina Todd, award-winning writer, broadcaster and film-maker Paul Mason and writer and broadcaster Stuart Maconie as they come together for the first time for a stirring discussion about our political and social economies - past, present and future.

In a time when it’s easy to feel beaten by world events and daily news, our panel will discuss how we have the capacity to change the narrative and why we need to embrace our universal rights, examine our freedoms and use our individual and collective powers to rebuild the world around us.

Exploring themes of democracy, optimism, faith in humanity and activism, don’t miss this impassioned discussion which is sure to encompass politics, social mobility, and possibly a bit of revolution.

Billy Bragg was born in 1957 in Barking, and for over thirty years has been a tireless
recording artist, performer and activist. His albums include Life’s a Riot with Spy Vs. Spy, Talking with the Taxman About Poetry Tooth and Nail and, most recently, Bridges Not Walls. In 2015, he published his selected lyrics, A Lover Sings, followed in 2017 by Roots, Radicals and Rockers: How Skiffle Changed the World, which was shortlisted for the Penderyn Music Book Prize, and was a Rough Trade, Mojo, and FT Book of the Year 2018.

Paul Mason is recognised as an influential public intellectual across Europe. He commands large audiences among both grass-roots movements and institutions alike, filling halls of hundreds, sometimes thousands, from Amsterdam to Berlin, Seattle to Zagreb, Sydney and Seoul. He has a unique voice – both angry and reasoned, learned and accessible, international and local – always engaged in storytelling. Previously economics editor of Channel 4 and BBC Newsnight, he is an award-winning writer, broadcast and film maker. His first book was Sunday Times bestseller Postcapitalism.

Selina Todd is Professor of Modern History at Oxford University. She grew up in Newcastle-upon-Tyne and was educated at Heaton Manor Comprehensive School and the Universities of Warwick and Sussex. She writes about class, inequality, working-class history, feminism and women’s lives in modern Britain. Her book The People: The Rise and Fall of the Working Class 1910–2010 was a Sunday Times bestseller and was described by the Observer as ‘a book we badly need’. Based on the voices of working-class people themselves, it charted the history of ordinary workers, housewives, children and pensioners over the turbulent twentieth century. The history she writes is one of anger and defiance, but ultimately of hope for a better future – one that we can build by knowing more about our past.