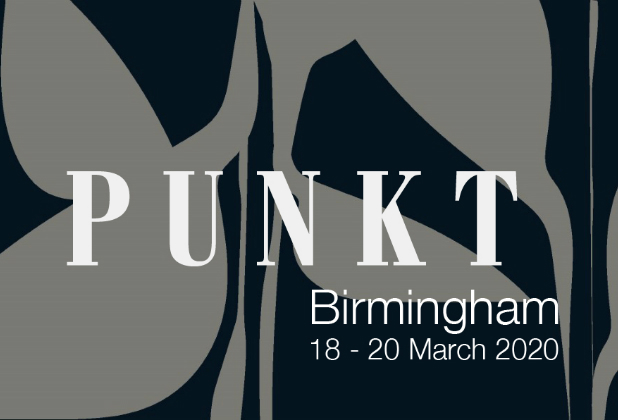 We are sorry to announce that we have taken the decision to cancel this event. If you have already purchased a ticket, we will refund your order. Please check back online for rescheduled dates.

Over the last 15 years, Punkt has gained an international reputation as an exciting, progressive and musically inclusive festival. Thanks in part to the unique concept of the “live remix”, the annual pilgrimage to Kristiansand in Norway has become a regular fixture for adventurous music lovers. This collaboration between Punkt, UK based artists and Birmingham City University presents an exciting, and rare, opportunity to enjoy the Punkt experience outside of Norway.
Artistic directors Jan Bang and Erik Honoré present a programme which combines Norwegian invention with British creativity throughout. This unique collaboration is sure to please die-hard Punkt fans, experimental music lovers and inquisitive minds alike.

An open seminar event including a panel discussion on the future of festivals with Punkt directors Jan Bang and Erik Honoré, Programme Adviser to Cheltenham Jazz Festival Tony Dudley-Evans, Ideas of Noise co-director Sarah Farmer and long term Punkt supporter BBC Radio 3 presenter Fiona Talkington.
There will also be contributions by students from the University of Agder and Royal Birmingham Conservatoire.
This seminar is supported by the Birmingham Centre for Media and Cultural Research.

Stillefelt is Percy Pursglove on trumpet, guitarist Thomas Seminar Ford and bass player Chris Mapp. This trio combines short cell-like compositions with electronics and improvisation to create other-worldly textures, melodies and soundscapes.
For this special one-off concert they are joined by Punkt co-artistic director Jan Bang. Jan’s inimitable live sampling style has made him one of the most fascinating improvisers and performers to experience live. This collaboration is sure to produce intriguing moments of interaction, improvisation and above all beautiful music.
Students from the Royal Birmingham Conservatoire’s Creative Ensemble will be collaborating with students from the University of Agder to deliver the remix. This group have been specially selected to take part in the festival and represent what will be the first of many collaborations between BCU and Punkt’s home university.

Saxophonist and composer Trish Clowes has been described as “an improviser to be reckoned with” (Downbeat Magazine) and “one of the most agile and original jugglers of improv and adventurous composition to have appeared in the UK in recent times” (John Fordham, the Guardian).
Here she appears in duo with the fantastic cellist andlong-term collaborator Louise McMonagle. The pair have worked together previously as part of Trish’s Emulsion festival project as well as in the group Tangent.
The remix will be undertaken by two musicians who have become synonymous with Punkt, helping to shape the concept which defines it; live sampling and synthesizer by Erik Honoré and guitarist Eivind Aarset. This duo are bound to deliver an unmissable interpretation of Trish and Louise’s performance, blending raw acoustic samples with electronic processing mastery.

Thallein Ensemble are RBC’s contemporary music group made up of some of the finest young players. They are presenting a programme of Norwegian composer and multi-instrumentalist Maja S.K. Ratkje’s work alongside compositions by some of the rising stars of the composition department.
The Thallein Ensemble remix is to be performed by Birmingham-based duo pianist/electronicist Andrew Woodhead and drummer Mark Sanders. As well as running the free improvisation nights Fizzle, Andrew has gained recognition for his recent work with Elda and as a solo artist. Mark is one of the leading lights of the British free improv scene having played with a whole host of luminaries including Roscoe Mitchell, Wadada Leo Smith, Derek Bailey, Henry Grimes, Roswell Rudd, Okkyung Lee, Barry Guy, Jah Wobble, Charles Gayle, Peter Evans, Trevor Watts, William Parker, Nate Wooley, Ivo Perelman and Nicole Mitchell.

THE HEIGHT OF THE REEDS
9.30pm Recital Hall

The Height of the Reeds started as a commissioned work by Opera North to the city of Hull, Great Britain´s cultural capital 2017. Composed by Arve Henriksen, Eivind Aarset, Jan Bang and Jez Riley French, the work celebrates the longstanding seafaring relationship between Hull and Scandinavia. It was originally the musical companion to a sound walk where those who took part could listen to the music on headphones while crossing the Humber Bridge. Erik Honoré joins the quartet for this concert version.
Annie Mahtani and Chris Mapp will take full advantage of RBC’s Lab space to deliver a multi-channel, immersive remix. Annie and Chris have worked together before in Gonimoblast. They were invited to play together as part of BBC Radio 3’s Late Junction showcase in Birmingham in 2018. This remix will continue to explore their shared interests of sound-exploitation, spatialisation and improvisation.