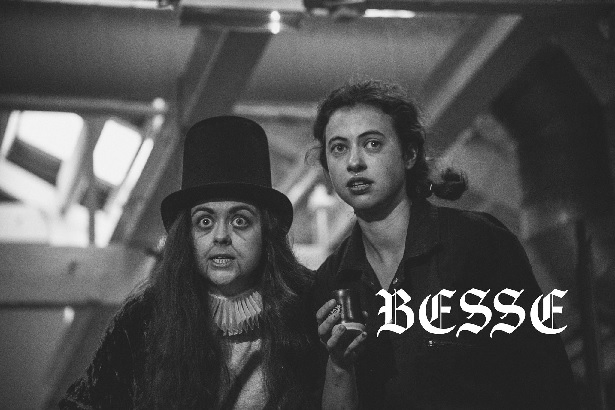 Besse, the beer opera trilogy, comes back to Dig Brew Co for this Halloween

A new opera presented in Birmingham for Halloween takes an audience on a musical journey through the rich and forgotten history of beer and witchcraft from the comfort of a seat in a local craft brewery taproom. Audiences will be able to purchase beer and pizza slices from the bar to enjoy while watching the show.

Staged in the Digbeth based craft brewery, Dig Brew Co on 1st November at 8pm, ‘Besse’ is an opera triptych (presented as three acts) described by its creators as a story which “fights the patriarchy with fermentation”. The production centres on the character Besse who is living through the Black Death and battling the changing trade of brewing from domestic to commercial, alongside the growing fear of witchcraft. The characters are based on the ingredients of beer (yeast, water, rye and hops), the fate of each mirroring the reactions and outcomes that lead to the amber nectar.

The opera was created by Inﬁnite Opera Company, a troupe formed of composer/conductor - Daniel Blanco Albert, librettist/soprano - Roxanne Korda and Design/Marketing - Karina Cabanikova. It is being presented by award winning brewery Dig Brew Co, a local craft brewery and taproom, who are devoted to capitalising on the unifying nature of beer to promote cultural activities to wider audiences.

This production will mark the Birmingham debut of the award winning American baritone Jared Ice, currently working in the opera house at Frankfurt. Jared is also co-producer of the award winning podcast 'Sex, Drugs and Opera' whose mission is to give a realisitic and humorous account of the industry, alongside tasting a variety of different beers. When he heard about this work he said: “People keep asking how do you make opera cool? Give them beer and pizza man!” to which his co-star Michael Pegher responded “There’s not an opera house in the world that’s offering you beer and pizza!”

Other cast members and ensemble musicians will include students and graduates from Royal Birmingham Conservatoire, displaying some of the city’s most exciting new talent.

Taking place in Dig Brew Co, you will enter an immersive Halloween medieval environment where the bar and brewing tanks are transformed into a stage designed and built by the Dig Brew Co founder and art school graduate Oliver Webb and his staff. The night will also be one of the very popular “Pizza House” events where you get a token for a pizza slice with every drink you buy.