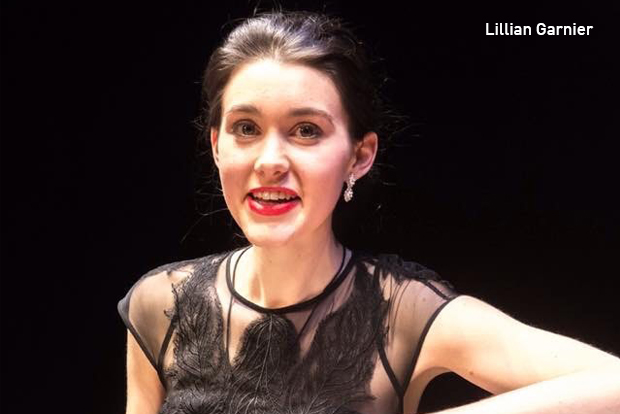 Brigitta was born in 1992 in Budapest, Hungary. She began her piano studies at the age of seven with Julianna Rábai in Debrecen. At the age of fourteen she joined the junior class of the Liszt Ferenc Academy of Music in Budapest. Her teachers were Gyöngyi Keveházi and Gábor Eckhardt. During her studies Brigitta won the first prize of The International Piano Competition in Zagreb. At the age of 18, she entered the Ferenc Liszt Academy of Music, where her professors were Imre Hargitai and Attila Némethy. She graduated in 2016. Last year she got through to the semi-final of the Béla Bartók International Piano Competition in Szeged.

Brigitta is currently a first year postgraduate student at Royal Birmingham Conservatoire as a Weingarten Scholarship-holder, studying under John Thwaites and Pascal Nemirovski. During her time at the Conservatoire, she has participated in masterclasses with pianists such as Klaus Sticken and Katya Apekishava.

In the academic year 2019/2020 she will begin a Personal Study Programme provided by Weingarten Memorial Trust and Royal Birmingham Conservatoire.

London born cellist Flora McNicoll studied at the Royal Academy of Music junior department for five years before gaining a scholarship for Royal Birmingham Conservatoire where she is currently studying with Matthew Sharp and Peggy Nolan at undergraduate level. Flora has been invited to perform in masterclasses with leading cellists such as Raphael Wallfisch, Andrés Diaz, Andrew Schulman, Jian Wang and Hannah Roberts. As an avid chamber musician Flora has been recognised by winning the Dame Ruth Railton Chamber Prize and has recently enjoyed working alongside musicians such as Caroline Pether and Tasmin Little.

This year Flora gained a place on both the CBSO and Birmingham Royal Ballet orchestral training schemes, in addition to working with both Welsh National Opera and Orchestra of the Swan on their side-by-side schemes.

Lillian is currently in her third year at Royal Birmingham Conservatoire where she studies with Daniel Browell. She was born in Jersey where she started piano lessons at the age of six. Lillian enjoyed much success in local competitions and in 2014 won The Jersey Young Musician of the Year. She has participated in masterclasses with Idil Biret, Colin Stone, Yekaterina Lebedeva, Frédéric Aguessy, John Foster and Eric Hiedesieck.

Since commencing her studies at the Conservatoire, Lillian has made the most of all opportunities afforded to her, most recently she has been a finalist in the Renna Kellaway Piano Prize and is presently preparing for her end of year final recital.