BCU Alumnus Lawrence Kendrick, who now works as a sound designer, engineer, and composer, has been recognised as Alumnus of the Year.

Lawrence graduated in 2010 with a first-class honour’s degree in Sound Engineering and Production and is now Creative Director at London sound design team Strings and Tins.

He has worked on award-winning independent films and Superbowl adverts, and has produced music and sound effects for a range of clients including global brands Amazon and Audible.

Sound designed by Lawrence has been awarded at British Arrows, Kinsale Sharks and recently won gold for sound design at Ciclope Festival 2022, amongst others.

Alongside his work, he is also an Industry Mentor for BCU and regularly shares his experience and passion with students and staff through guest lectures and site visits to his workplace.

We caught up with Lawrence to find out more about his work and his top tips for fellow graduates.

What is it like to be awarded BCU’s Alumni of the Year?

I’m very happy! It’s great to be awarded this title, and it’s also just so nice to come back and see everyone too. Since I graduated, Birmingham has changed a lot and BCU has also transformed and clearly had a lot invested in it too, but it’s nice to see that the course is still going strong.

I wouldn’t be doing what I’m doing now without my degree, so I have a lot of time and respect for BCU. It’s great to be recognised and continue to have a strong link to the university too.

I’ve also been able to get involved with mentoring current students at BCU, and supported them in work experiences opportunities as well, and I’d love to do more of this in the future.

What do you do now and what are your responsibilities?

I currently work for a company called Strings and Tins, which do audio post-production, sound effects and music. I work as the Creative Director and Director of Engineering there.

My role day to day is sound design, and as Creative Director, I tend to oversee bigger jobs that have other people involved too, including overseeing composers and liaising with directors and the creative team to work on how sounds should be shaped creatively. I also work closely with the tech team to keep things running smoothly. I’ve been based at Strings and Tins for over five years now.

What are some of the biggest highlights of your career so far?

I really respected the work that many of the engineers were doing at Strings and Tins for years, so I always wanted the opportunity to work with and alongside them. Being able to work at one of the best studios in the country has been a huge highlight for me.

There have, of course, been awards too, and it’s always nice to be recognised. Recent awards include winning gold at Ciclope Festival for Amazon Books, and a film I worked on is also going to be at the Sundance Film Festival this year too, which is really cool.

What are your favourite memories of studying at BCU?

My lecturers were genuinely passionate about the subject and that was very infectious for me. I have lots of fond memories of them just really caring and enjoying teaching the subject. Previous to studying at BCU, when I was at college, I studied subjects like Maths and Physics. It was totally different to studying a creative subject, and so I really enjoyed it. Of course, I remember lots of great parties when I was a student too!

What are some of the biggest lessons you have learned since you graduated?

I got a first-class degree from BCU, which I was really happy about, and then I started applying for lots of ‘top end’ style jobs, but I soon learned that I still had to work my way up and learn things along the way.

One of the biggest lessons has been about how to work with other people. I’m fine with the technical side of the job, but I’ve still got a room full of clients, directors and creatives, that I need to be able to manage, who have all got different opinions and styles, whilst I aim to be someone that people want to work with too.

Creatively, I thought I was good, but there is always room for improvement and ways to do better in my storytelling, and in terms of the technical side of the job, I’ve had a lot to learn over the years too.

What advice would you give to new graduates?

After I graduated, I applied for about 100 jobs. But I would suggest finding the jobs that you really want to do and pursuing them. Don’t just do a copy and paste job and apply for absolutely everything, put genuine effort into what it is that you’re passionate about.

Also, don’t be ashamed about starting at the bottom. You’re going to be constantly learning throughout your career, and there’s plenty of time to learn and improve.

Finally, be nice and be someone that people want to work with. Someone once told me that you can learn anything on the job, but ultimately, you want to work with people that you really do want to spend time with every day, so it’s important to be well liked. 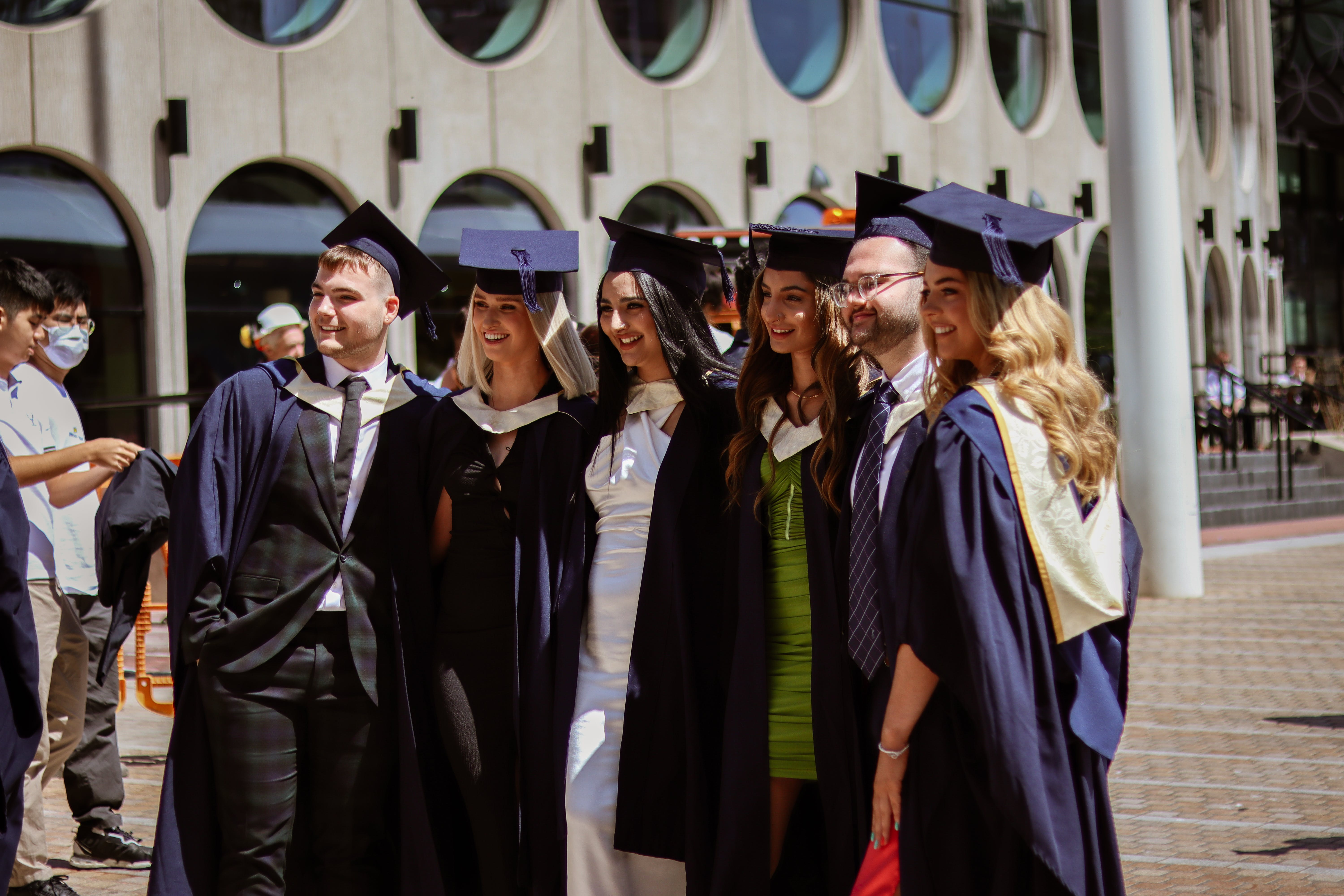 Stay connected as a BCU graduate and join our Alumni community. From news and events to career advice, our community is with you through graduation and into your future.