'We Want Our Country Back' - Nation, race and emotion in contemporary England 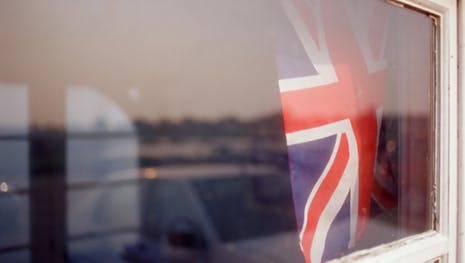 ‘We want our country back’ is the inaugural lecture of Professor Steve Garner, Head of the departments of Criminology and Sociology. It is an open lecture, allowing anyone to come along and see Professor Garner's research into the divisive topic of nationality, race and emotion in post-Brexit England. Here, he describes the lecture in his own words.

‘We want our country back!’ was a rallying cry for the Leave campaign in the June 2016 referendum. Similar concerns are expressed in Donald Trump’s campaign, as ‘Make America Great Again’.

Indeed, 2016 witnessed a renewed focus of Anglo-American politics on specific instrumentalist uses of the concepts of ‘race’, nation and equality. Analyses suggest that ‘immigration’ was a key issue in both the Brexit referendum vote and Donald Trump’s election victory.

However, based on qualitative fieldwork carried out well before 2016, I suggest that some of the overlapping narratives about 'race', nation and immigration deployed go back a decade or more. Identifying the assumptions underpinning the place where public understandings of ‘race’, nation and equality are currently located means listening hard to discursive patterns. These patterns are quite clear; ‘equality’ is a dirty word; racism is a thing of the past; black and minority people are privileged in relation to dis-privileged white UK people.

Commentators have christened this the ‘post-truth’ era, indicating that such discourses have little grounding in statistical analysis.

Based on fieldwork and analysis carried out since 2005, my reading in this lecture has four elements:

Hopefully we will be able to piece together what ‘We want our country back’ means, and why it makes sense to a sizeable group of English voters.

Steve Garner is Professor of Critical Race Studies, and Head of Criminology and Sociology at Birmingham City University. He has worked in France, Ireland, the USA and England, and has published widely on racisms and their intersections with class and nation.

Steve is the author of ‘Whiteness: an introduction’ (Routledge), ‘Racisms’ (Sage) and ‘Racism in the Irish Experience’ (Pluto). His latest book is ‘A Moral Economy of Whiteness’ (Routledge). He has also published in journals such as ‘Sociology’, ‘Ethnic and Racial Studies’, and ‘Identities’. He has held Visiting Professorships in at the Universities of Paris VII and at UCLA, and is editorial team member of ‘Sociology of Race and Ethnicity’.